Success for The Chester Mystery Plays 2013 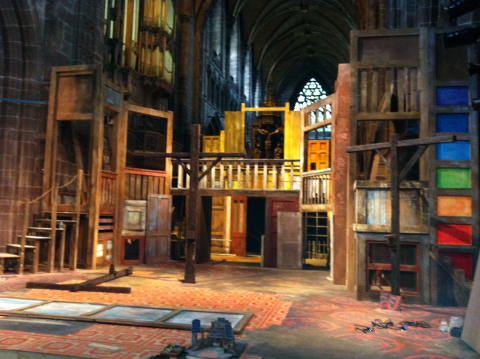 Setfree Projects Ltd were commissioned to produce the beautiful stage set designed by Judith Croft, which transformed Chester Cathedral‘s  magnificent nave into a theatre set for the first time ever.

Mystery Plays were created all across Europe from the 13th century as a means of celebrating the stories of the Old and New Testaments for the Feast of Corpus Christi. Other famous Mystery Play “Cycles” in England were written in Coventry, York and Wakefield. The scripts, as in the case of the Chester Cycle, were often written by medieval monks. Originally performed inside the churches (as planned for Chester in 2013), from the 14th century they were produced by Crafts Guilds and performed in the open streets and market places on pageant carts (“waggons”). Performed by local people, both scripts and performances changed each year to remain current and have popular appeal.

The model of stage set design inspired by the historical Chester Rows and skilfully created by Judith gave us another perfect opportunity to showcase our engraved floor technique. 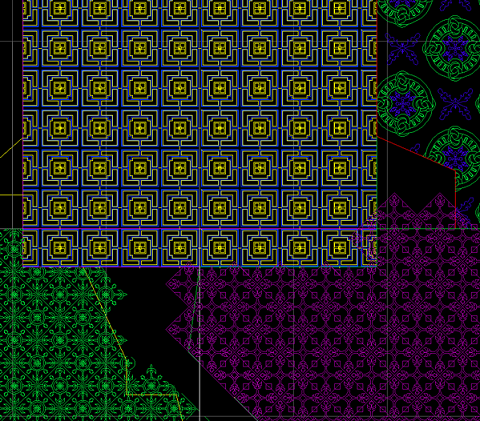 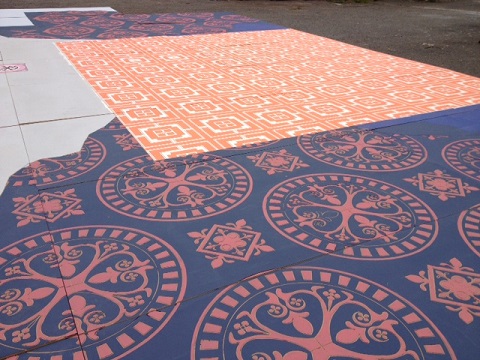 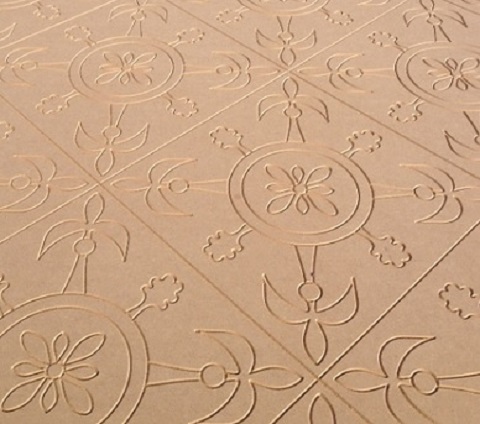 The design was a complex variation of patterns which was recreated in CAD and exported to our CNC router, ready for engraving onto large 8ft x 4ft sheets.  The sheets were then hand painted by our scenic artists, and the engravings added a realistic element to the floor, whilst our team of carpenters worked to create the timber structure and our steel fabricators created the platforms.

Tickets are still available to see the show which runs from June 26th to July 13th.