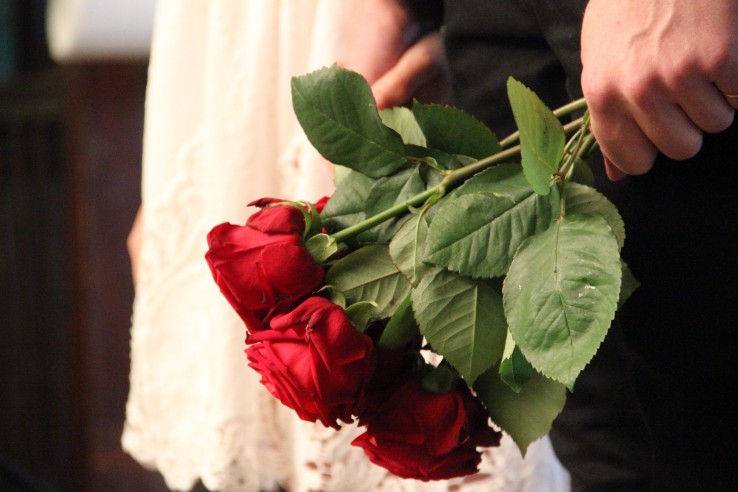 You might be tempted, early on, to lose patience with this peripatetic production of Romeo and Juliet. But that would be a big mistake, for it concludes with one of the most breath-taking scenes you are ever likely to see in a theatre.

Or not a theatre, to be precise. Walter Meierjohann’s production is set in Manchester’s disused Victoria Baths, whose entrances and three full-length swimming pools are encrusted with mosaics, tiles and stained glass which make it a jewel of Art Nouveau public architecture. The setting is both the source of the production’s triumph and its flaws.

The company involved, Home, has grown from Manchester’s Library Theatre company which lost its home over a year ago. In that time it has worked in a variety of unorthodox spaces like the Victorian mill in Ancoats which brought great resonance to its production of Dickens’ Hard Times.

But Victoria Baths seems to fight the intention of the drama being staged there. The action begins in a cavernous pool, empty apart from the audience. Gangs emerge from the two lines of opposing cubicles to confront one another, riffing on the play’s opening thumb-biting insult. And while that works well, as does the stylised physicality of the set-piece fight and ballroom scenes, the tiled acoustics obliterate much of Shakespeare’s verse, despite the cast’s radio mikes.

The director is clearly aware of this and resorts to playing the action against the text in places. The resulting boisterous street behaviour of Romeo and his adolescent chums is engaging, but at the cost of the poetry. This is a pity as there are performances of some subtlety when you get close to the action. Then you long for a more conventional undistracting space. 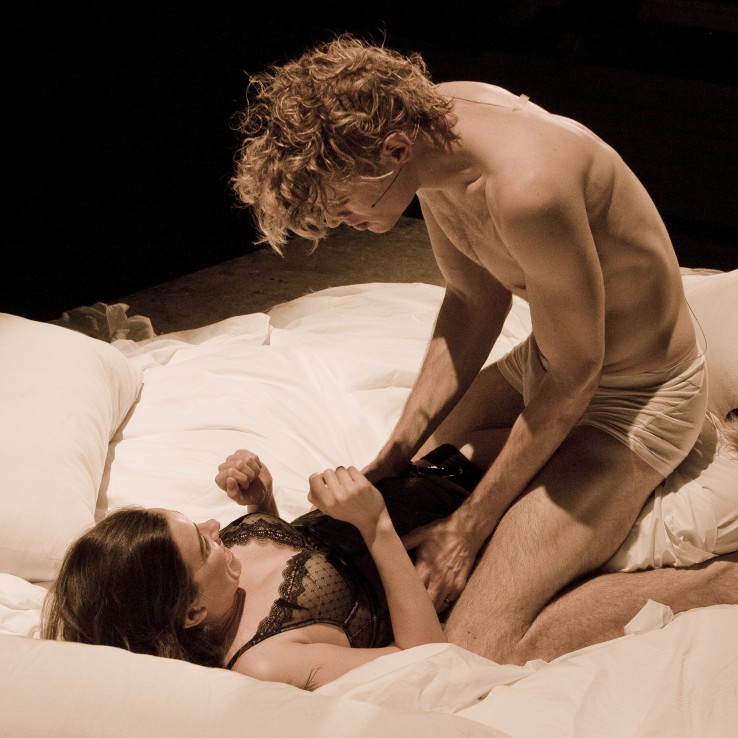 Damian Myerscough, as Friar Lawrence, and Rachel Atkins, as a Yiddisher momma of a Nurse, create believable confidantes for the young lovers in scenes which are cleverly intercut by dramaturg  Petra-Jane Tauscher. (Atkins could do without the caricature mittel-European accent, as could Griffin Stevens as Peter). But the vigour and ambition of Meiejohann’s vision carry us along with pace, humour and moments of aching sensitivity.

For Romeo’s exile in Mantua the audience move into Victoria Baths’ second pool and, then, into the sumptuous third chamber for a coup de theatre in the Capulets’ vault.

Inside the sound of an Eastern church choir swells. The space is softly lit. A smell of exotic incense hangs in the air. Looking down from the balcony the huge pool has been filled with gentle blue water spanned, from end-to-end and side-to-side, with a gigantic gold Orthodox cruciform. At its patterned centre lies the body of Juliet in bridal white.

The final scene which follows assaults all the senses with a drama which is heart-rendingly poignant and complete. The previous flaws are all forgotten in this overwhelming concluding immersion.