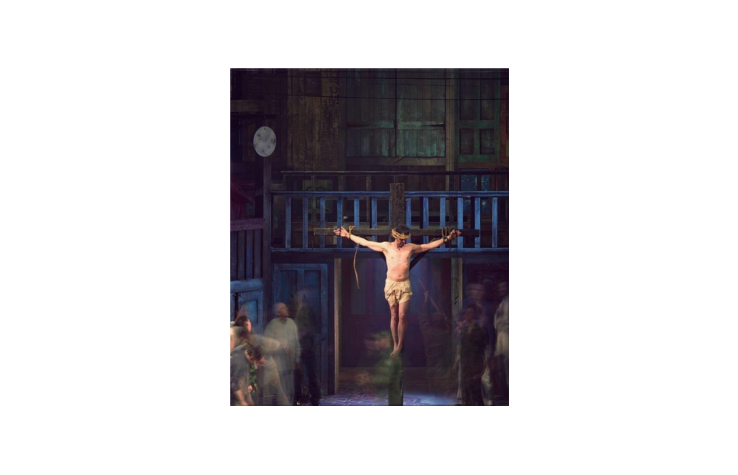 More than 300 local people are performing on stage at Chester Cathedral for the  magnificent Chester Mystery Plays.

The medieval plays, and the magnificent stage set built by Setfree Projects Ltd, and designed by Judith Croft has been receiving wonderful  reviews only days into opening.

The plays are dramatisations of the Bible stories dating back to the 14th Century and are only performed every five years.

Mystery plays were banned nationally in the 16th Century and were only revived in 1951 for the Festival of Britain.

This year’s performances are directed by Peter Leslie Wild, and have been given a modern take. To learn more, take a look at some of the behind the scenes footage here at BBC News