The Dumb Waiter by Harold Pinter – The Print Room 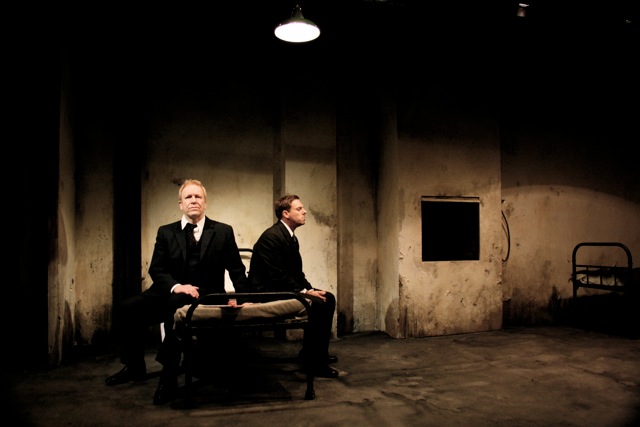 The last job has got Gus thinking while Ben just wants a cup of tea.
But their usual routine is disturbed and events start looking ominous when the unexpected and increasingly perplexing messages start arriving through the ‘dumb waiter’. It is soon clear that all is not what it seems…

Marking the London directorial debut of Jamie Glover, this is a classic comedy of menace and suspense by Nobel Prize-winner Harold Pinter.

Jamie Glover’s recent directing credits including A Voyage Round My Father at Salisbury Playhouse, Single Spies and Educating Rita at the Watermill, and a UK tour of Measure for Measure.

Starring Joe Armstrong as Gus, and Clive Wood as Ben